Choi Yena (최예나) has taken the K-Pop World by storm, and is a galactic supernova of positive energy, which is reflective in two of her most popular singles, Smiley and WithOrWithOut.  In some ways, she is reminiscent of other young female artists who also experienced quick trajectories to fame, such as Ariana Grande or Britney Spears.

In order to get a better understanding of who Yena is, we researched extensively and came up with the following list.  As far as we can tell, according to the K-Pop Publicity Machine, these are the main reasons the world loves Yena (최예나).

Let's examine each item on our chart individually, and learn about what makes singer "Yena" one of the most beloved K-Pop singers in the world.

For us, the most impressive thing about Yena is the way she eats a sandwich.  She doesn't hold anything back, and just chomps into it with no abandon.  For this reason alone... Yena is our hero!!

One thing about Yena, she really is a great entertainer, and it's fun to watch her perform.  The energy and charisma she shows on both the screen and on stage is addicting.  That's why we named the single "SMILEY" one of the Top 10 K-Pop Songs of 2022.  (Currently, her song is listed at Number Eight.)

However, to be honest, Yena is our favorite singer of 2022 (she's our defintion of a "triple threat").  SMILEY and WithOrWithOut are the two songs we listen to the most.  If this list was about the Top 10 K-Pop Performers of 2022, Yena (최예나) would easily be #1.


5.  Yena Being Humble on M Countdown

M Countdown is the world's number one K-Pop Chart show, according to MWave's website.  Since 2004, they have honored such artists as Big Bang, Rain, 2NE1, PSY, T-ara, Girls' Generation, BTS, and many other K-Pop legends.

So, when Yena won for the song "Smiley" on February 10, 2022, she was clearly overwhelmed on being added to that exclusive list.  Moved so much, in fact, that she had difficulty performing the song after receiving the award.  It's another reason why we appreciate her so much.

Watch this video of Yena performing at Talent Compeitions, with her band mates in Iz*One, or just eating a giant sandwich.

Is there anything more cuter than this?

Those are reasons enough to enjoy Choi Yena's amazing energy and talent.  The world is currently Yena's sandwich, all she has to do is take a bite!! 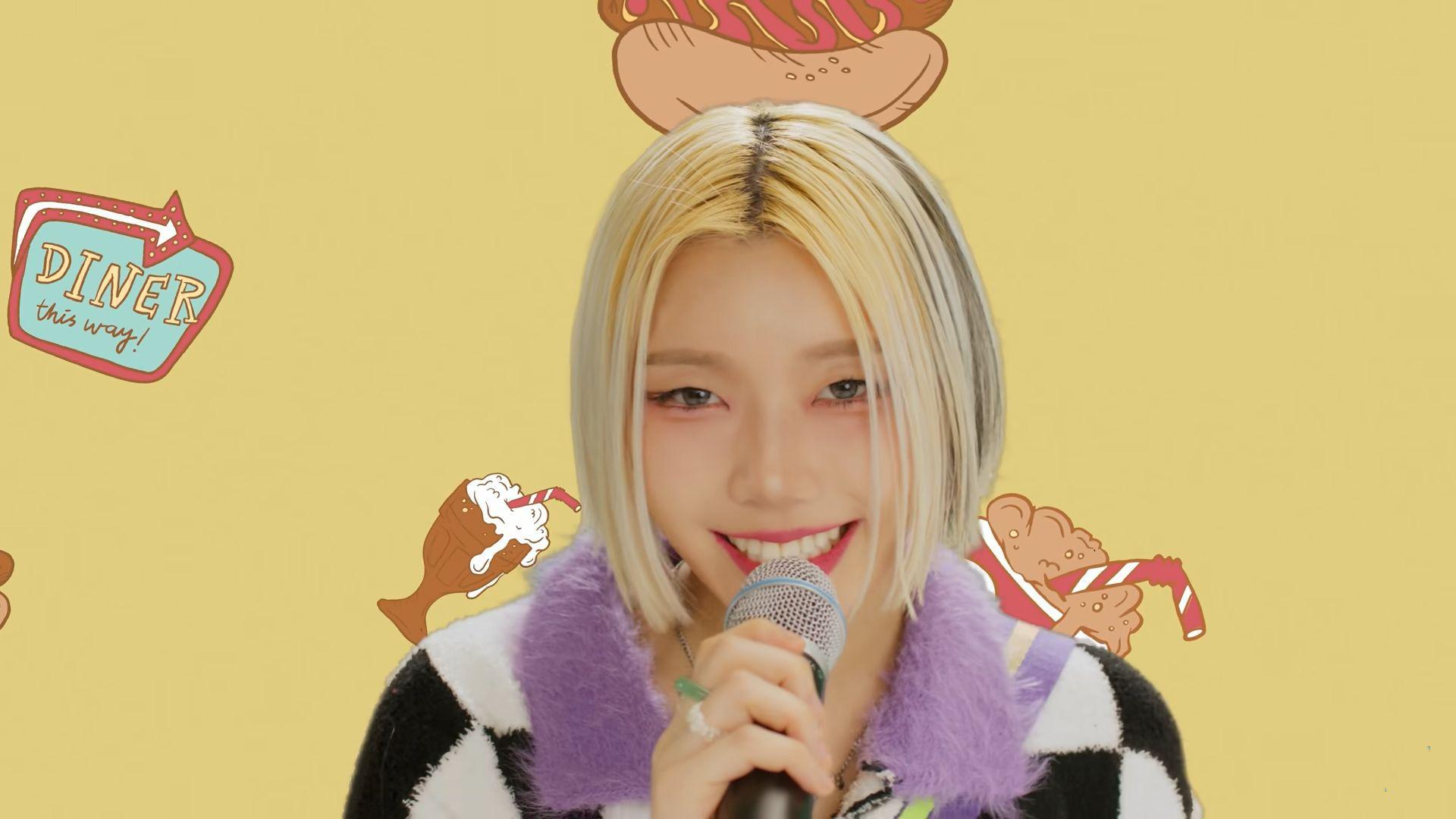