Let's address the elephant in the room, there are too many Sandwich Rock bands that share the same name.  For some reason, Rock and Roll bands love to name themselves after the most popular sandwiches, and that's a big problem.

When two bands choose the same name, Google and Bing will combine their information in search results, and will attribute songs and lyrics to the wrong bands.  It's quite the condundrum.  Our mission today is to reduce the confusion and try to make sense of it all.

The 1st thing we wanted to do was determine which sandwich names are chosen by bands the most.  After extensive research, we took our results and created a simple table of the top 10 sandwich names used by bands.

The 2nd thing we wanted to do was to research which bands fell into each sandwich category. We organized the bands by their sandwich names, determined what country they were from, and tried to organize their social links.

To make it easier, we created a simple chart with examples of Sandwich Rock bands who share the same name, along with Social and Article links, so you can learn more about the bands.  (We only showed the Top 2 Bands for each Sandwich Name.)

Finally, the 3rd thing we wanted to do was pick the Top 2 Bands from each category, give a brief description of who they are, and then share one song out of those two bands.

Our main goal was to eliminate confusion when we searched for bands with similar sandwich names in Google or Bing, and try to seperate any overlaps in the search results.  It took some work, but we feel that our goal was partially accomplished and the bands are easier to follow now.

So, without further ado, here are Last Sandwich's favorite two bands from each sandwich category in the "Top 10 Sandwich Names" list.

Our Favorite Top 10 Sandwich Bands (Who Share A Name)

Sandwich is an Indonesian alternative rock band that does band covers, as well as create their own original songs.  They have a very unique and defining sound.

Here is a song by Sandwich (Indonesia) called "MALU", which really tugs at the heart strings.

Cheeseburger is a hard rock band that is based in New York, and has had their music appear in movies, video games, and adult-oriented cartoons.  One of their band members helped originate the Adult Swim animated series called "Superjail!", and had his band, Cheeseburger, create the theme music for it.

Described by some as Spaghetti Western music gone wild, their last album appears to be from 2006, and an EP from 2018.  They have a very odd, unique sound and style of music.


Make sure you pump up the volume, because here is a hard rocking song by Cheeseburger (New York, USA) called "Suzy".

Hamburger is a 6-piece Indie-pop band that released an album in 2020, called Teenage Terriefied, that is a fine blend of alien lyrics with a surrealistic sound.

Hamburger release two EPs and an Album between 2015 to 2019, with an instrumental, new age sounds.  As far as we can tell, the band consists of a guy named Brendan, who comes from Adelaide, Australia.


Here is an obscure Sandwich Rock pick from 2020, "Seafood" by the band Hamburger (Bristol, UK).

HamsandwicH is an Irish indie rock band from Kells, County Meath.  Several Top 25 Albums on the Irish charts helped build their status as one of the most popular live bands in Ireland.

Ham Sandwich describes himself as a "multi-instrumentalist, vocalist, rapper, writer, producer, and artist aiming to make waves within the SoundCloud nerdcore and meme rap scene with his zany, off the wall lyrics and skeletal, creative production."  Our favorite works by Ham Sandwich are the anime-themed raps.


Listen to Niamh Farrell's amazing vocals on one of our favorite songs, "Fandango" by HamsandwicH (Ireland).

Hotdog was a Filipino band formed by brothers Dennis and Rene Garcia that achieved fame in the Philippines during the mid-1970s.Their first album, Unang Kagat, was released in 1974 by Villar Records. The album led to the 1975 movie of the same name, also starring the band. The band was credited by local journalists as a major influence on and leading exponent of the Manila Sound, a musical genre popular during that period.

Hotdog is a rock band based out of New Zealand.


Here is one of the most popular songs from Hotdog (Philippines) that helped define what was called the "Manila Sound".

Sloppy Joe's is a rock band from Hamburg, Germany. Inspired by true legends such as KISS, Volbeat, Black Sabbath or AC/DC the three rockaholics unleash their own unique style of musical impact. The band is known for energetic classic rock live-performances

Sloppy Joe is a band based out of Waco, Texas.  They most recently won a Best Local Area Band (Wako, Texas) Award for the 10th year in a row.


Here is Sloppy Joe (Germany) and their most recent single, "Devil's Music".

Jam Sandwich plays your favorite classic rock hits, including music by the Rolling Stones, CCR, the Beatles, Tom Petty, the Who, and John Mellencamp.  Based in Massachusetts, USA.

Jam Sandwich is an energetic cover band from Kansas City. According to their Youtube channel, they play anything and everything with a twist


Here is Jam Sandwich (USA, Massachusetts) singing the John Mellencamp cover of "Small Town".  Watching these guys play their music on the front lawn of someone's house is absolutely awesome!!

Tin Sandwich plays American roots music, including the Grateful Dead, Creedence, Allman Bros, The Band, and The Kings. They are high energy and hard rocking.

Tin Sandwich is a neo-vaudevillian harmonica ensemble made up of bass, chord, chromatic and diatonic harmonicas in the spirit of the Harmonicats and the Harmonica Rascals. They play old-time favorites, pop tunes, Balkan melodies, film noir, a tango and anything else that comes to their lips.


Here is Tin Sandwich (USA, California) playing their 3 piece Harmonica harmonies together.  Some of those harmonicas are as big as baseball bats!

Grilled Cheese is a band based out of New York, USA.

Grilled Cheese is the powerful, party rockin' duo, expert practitioners in the art of creating a fun, high-energy atmosphere. Merseybeat to Rockabilly, Surf to 70's Funk, 80's Pop to HipHop.


We couldn't find any video clips of the two bands, so we found a home-made music video about two kids who love Grilled Cheese Sandwiches instead.

In New Zealand, Hot Club Sandwich began with a couple of guys who formed a band that played jazz, swing, blues, and country music, and sang about whimsical topics such as rugby and life.

The USA version of Hot Club Sandwich began with a group of gentlemen who formed a band which played jazz, swing, choro melodies, and Venezuelan Joropo rhythms.  They were known for playing the classics of the 1930s and 1940s.

What makes it more confusing is that they both play Jazz, and sometimes even the same song.


Here is one song that we like by Hot Club Sandwich (Washington, USA) called "J'attendrai".

For an added treat, we have included two more bonus Sandwich Bands for your enjoyment.  The Sandwich Rock genre' is quickly growing everyday and these are two new entries to that list.

Located in Oregon, The Cheeseburgers are a Jimmy Buffet tribute band that plays many of Buffet's most popular songs.  They also play some original music, along with danceable Rock and Roll.  They've even opened twice for Jimmy Buffet in Las Vegas.

They appear to be a local band that frequently performed in the Quincy, Illinois area.  However, due to Covid-19 and other personal factors, it appears they haven't played for a while.


In honor of The Cheeseburgers (Oregon, USA), here they are singing a medley of Jimmy Buffet songs and others.

Knuckle Sandwich is a punk rock band from Hunterdon County, New Jersey. The band has been around since 1989 with line up changes over the years.


We will try to update this article whenever new Sandwich Rock Band Names gain popularity.  We hope you enjoyed learning about these talented bands from the World of Sandwich Rock!! 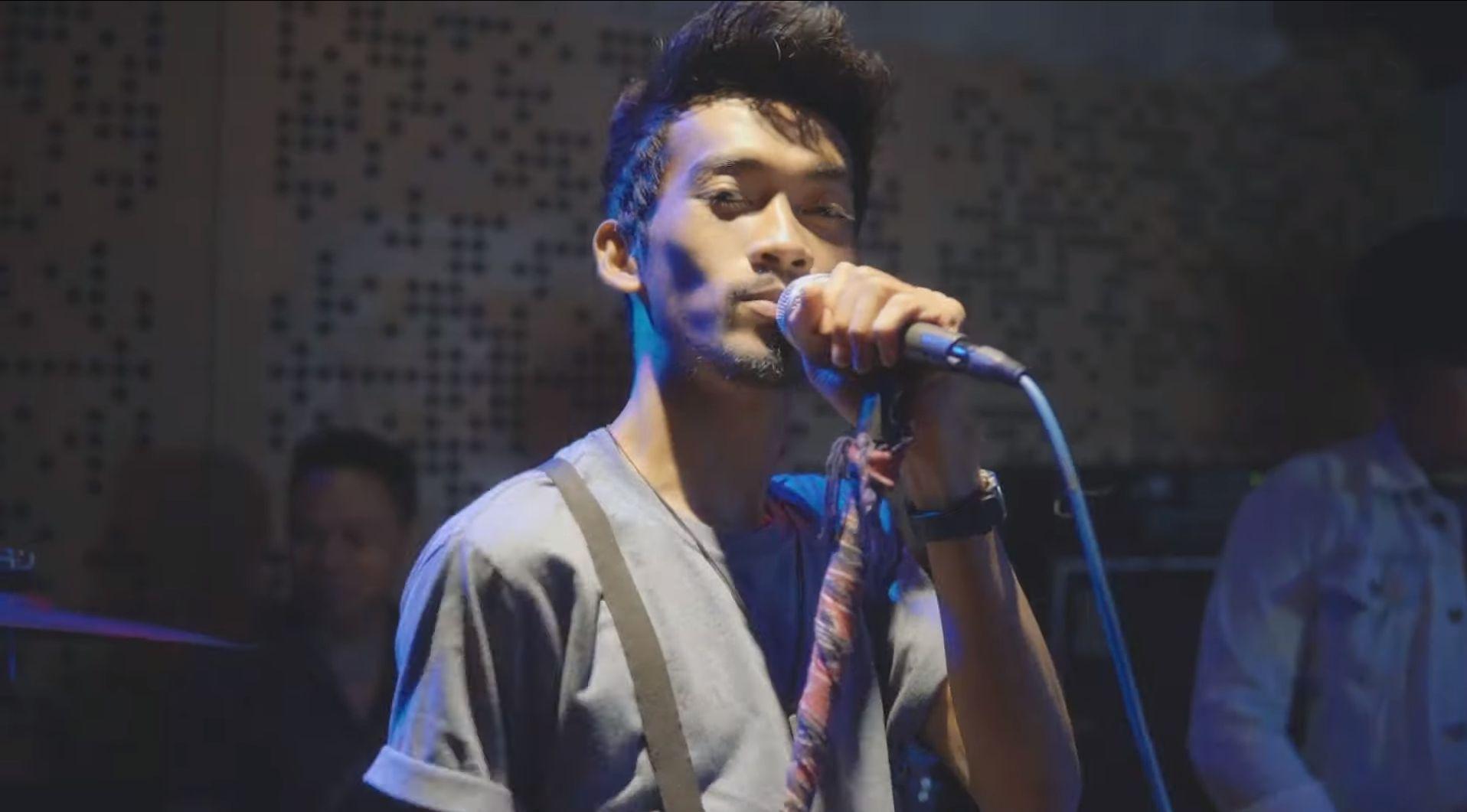